Listen to a live in studio interview of Aline & Wes on Kevin Dier's Loud and Local KISW show. 99.9 Seattle

WINGS AND THINGS Take flight with these powerful musical acts of wonder and transformation. COSTUMES AND EMBELLISHMENTS ENCOURAGED: whether you're a bird, a dragon, faery or butterfly, we look forward to catching air with you and rising to a higher plane through rocking, celebratory music.

BRIANNA SKYE & THE DARK CLOUDS If you like cats and guitars, this is for you! Brianna Skye & The Dark Clouds is growing in popularity on the west coast. They capture new audiences constantly by holding the attention of everyone through creative pop rock melodies

JULIA FRANCIS There are some voices that wilt against the howling wind. Some voices that can’t rise above the clamor of clinking glasses and lustful patrons. But Julia Francis does not have just some voice. Hers, which rides the exquisite sonic swells of her band, is a voice like a muscle car screeching down a stretch of rainy midnight road. Julia and her band (Darren Loucas, Mark Lutwak, Mike Peterson, Bobby Heinemann) harken to the formation days of rock ‘n’ roll and soulful blues music. With mind clearing guitar solos and pronounced rhythmic strolls, the music, like a bursting cloud, washes out the gutters of one’s own mind time and time again. And while it’s nearly impossible not to picture the great Janis Joplin when you hear Francis tear into a mic, there is more than sweet homage embedded in the songs and epic vocal performances. There is relationship and pain, bridges and waves, sunsets and daydreams in the front woman’s tone, whether she is reinterpreting classic roots or sharing brand new compositions on her guitar, Positive Annie. Julia has a new EP releasing in June 2020 titled 'When You Get What You Want, produced by Steve Fisk and recorded at Avast Studios. The wisdom in Julia’s music teaches listeners new ways to believe in that which you can’t always see. www.juliafrancis.com

THE KELSEY SPRAGUE BAND Seattle is a city famous for its rain. There's nothing like stepping outside to a foggy morning in the Northwest and being able to see your breath dissolve into the air. And nothing captures that feeling better than a good song. Kelsey Sprague, with only her voice and an acoustic guitar, manages to convey everything beautiful and simultaneously desperate about the constant mist, relieved by the occasional spike of sunshine. With influences ranging from classics like Patsy Cline and Connie Francis to more contemporary names such as Josh Ritter, Jenny Lewis, and Camera Obscura, Kelsey manages to take familiar sounds and make them her own. With a sound that captures both vulnerability and independence, it expresses a world weariness and a wide eyed wonder that will make you feel like you're stepping outside, watching your own breath disappear.

ALINE & WES Twin-flame rock ‘n’ roll duo, Aline & Wes, are like a sonic hearth. Just as dual stars glowing in the dark night sky, the musicians blend the best of their musical essences to present a single-minded glow that lights everything in their wake. Powerful and thoughtful vocals mix with gravely electric guitars to bring forth an illuminated sound both new and numinous. It shine The duo is comprised of Seattle mainstays Aline Vida and Wes Speight, who, separately, have made reputations for themselves in the Emerald City’s music scene. Vida, a graduate of the American Academy of Dramatic Arts in L.A., has sung fluttering vocals in clubs all over the world and graced radio stations like KSER and KEXP in the Northwest. Her song, "Secrets and Lies," was featured on the Emmy-nominated television show, Justified.

Speight, originally from Tennessee, is a pointed and gnarly vocalist as creative in his songwriting as he is in his instrumentations. Equal parts comfortable headlining a summer festival as he is playing a dive bar at 1 in the morning, Speight is a multi-talented musician and prolific songwriter who, on occasion, has world-famous artists paint Sasquatch portraits as he plays on the stage.

Together, their music brightens, evident from the band’s debut EP, Lavender Lemonade, and the duo's recent gigs at the Seattle Acoustic Festival and the beloved Hollow Earth radio station. Inspired by a desire to speak out about social injustices that seem as modern as they do timeless, Aline & Wes's four-song EP begins with the rousing “Work Is Never Done” and culminates with the empowering track, “The Constructs Of Time.” The record, available now, is a lit fuse. www.alineandwes.com https://alineandwes.bandcamp.com/

On the second Saturday of every month, in a hotel full of comers and goers, songwriter Ronnie Carrier hosts both touring and local acts for the Driftin' Inn (presented by Local Roots Music NW at The White Eagle). The showcase has featured acts hailing from Hawaii, Minnesota, Seattle, California, New York, and more.

This month, we welcome Seattle based soul/rock duo Aline & Wes!

Known for literary lyrics, captivating melodies and a voice of humble power, Ronnie Carrier is an eclectic songwriting star rising up in the west. A skilled lyricist who creates narrative through an emotional blend of varying musical influences, Ronnie is unmatched in both style and structure. In addition to performing up and down the West Coast, Ronnie hosts her happy hour showcase Driftin’ Inn at McMenamins' White Eagle on the second Saturday of every month, which features acts from Hawaii, Minnesota, Seattle, California, New York and more.

The Blood Moon Orchestra plays on the full moon each month at a different venue in the Seattle area.....improvising songs with ideas form the audience. Band members are a rotating cast of top female musicians.

Good Quiver an original music project based out of Seattle. The music of Good Quiver is harmonically complex and groovecentric, with lyrics that give voice to complex corners, (i.e. You're The Tiger). Their live show is high energy and ferocious! 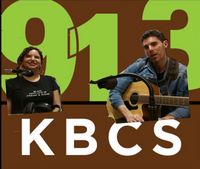 Listen on your radio dial, through the KBCS app, or through KBCS.fm.

It is a secret. Ticket Holders will receive notification one day prior to the event., Vancouver, BC

Aline & Wes are an American soulful rock duo formed in 2019 in Seattle,WA. The two met while performing in Seattle clubs. Each was taken by each other’s unique voices and songwriting style. They decided to join forces and collaborate. Their music features a melding of their styles and influences. They will perform songs from their debut EP titled Lavender Lemonade.

'Experience a Sofar Vancouver secret show near you! From Kitsilano to Mount Pleasant to Gastown, they'r re imagining live music events through curated performances in intimate settings. Discover your new favorite local and touring artists alongside fellow music lovers, and in the most unique hidden spaces around the city. We're all about creating magical moments – what are you waiting for?'

The location will not be disclosed until a day prior to the concert. 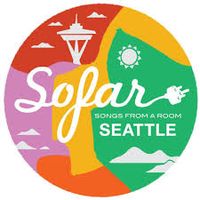 To be announced one day prior to the show. You must purchase tickets to find out. It is a secret., Seattle, WA

Aline & Wes are an American soulful rock duo formed in 2019 in Seattle,WA. The two met while performing in Seattle clubs. Each was taken by each other’s unique voices and songwriting style. They decided to join forces and collaborate. Their music features a melding of their styles and influences. They will perform songs from their debut EP titled Lavender Lemonade.

The location will not be disclosed until a day prior to the concert. Tickets may be purchased here.

Also, if you’d like to enter a contest to win (2) free tickets, you can here.

Aline & Wes at KSER at the Co-op Music Series A live in-studio on-air performance at hollowearthradio.org & 104.9 FM, and in person at our Central District space featuring

"Dearly Departed are a Seattle based band founded by singer/songwriter Noble Monyei. The bands humble roots started out as an acoustic duo and has since turned into an electrified hybrid of genres. In the spirit of rock and roll, blues, folk and Americana, the music is very lyrical, focusing on vocal melodies and harmonies to drive the songs towards the listeners ears."

"As much beauty as you can fit in the human sonic experience" - Ben Harper. "Stirring, emotionally provocative and lush" - Kim Ruehl (NPR, No Depression) "One of the best folk albums of 2018" - International Acoustic Music Awards

Tobias the Owl is a critically-acclaimed, award winning musical collective, based in the Pacific Northwest. The new album, A Safe Harbor for Wayward Echoes (Megaforce Records), one of the Top 100 albums in the Folk genres (Billboard, USA 2018), features Ben Harper, Laura Veirs, Inara George, and many other Grammy-winning artists. The album was produced by Grammy-winning producer and musician, Sheldon Gomberg, and has been lauded as "A rare gem... 5 stars!" (Eclectic Arts Magazine), "Triumphant... engaging... arresting" (Making a Scene), "Phenomenal" (Made for Music), and "TTO's best release to date" (Vents Magazine). The music of Tobias the Owl has been featured in Starbucks stores worldwide and has appeared on soundtracks of films and television shows internationally. Some of Tobias the Owl's songs have been covered by Jonah Tolchin and John McAuley of Deer Tick. The new album is an intimate look into songwriter, Elijah Dhavvan's battle with leukemia, and focuses on music as a journey of sublimation and healing. The songs of Tobias the Owl have been featured on Songwriter Universe, UK's Songwriting Magazine, and have earned numerous, international awards.

“One of the most compelling things to me, as a recording engineer, is the way they use beautiful vocal melodies juxtaposed against blown out drum and guitar tones. I love that!” Don Farwell -Earwig Studio

Aline & Wes are a soulful-rock duo with impassioned vocals,thought provoking lyrics, and unique perspectives. They perform songs for people looking for a place to belong, wanting more, and a belief system or lack thereof. This particular show will include songs from their debut EP release titled, “Lavender Lemonade” as well as new songs that are likely to be on their next release.

"Payge Turner, a Seattle musician, originally started her career in Kansas City, is taking the Seattle scene by storm. Her alt rock/soul/progressive vibe is very unique to listen to. Bending and meshing genres isn’t something she’s afraid of. With a sound so bold and rich, Turner still finds a way to make you feel every emotion, by bringing authentic lyrical content to all her fast and slow songs. Her live performances are something you’ll never forget; you’ll leave more emotional and sweaty than when you came in."

Always all-ages No drinking or drugs in or around the space, please

The main space is ADA accessible; the bathroom is down a long hallway with one small step down.

Hollow Earth Radio strives to be a space as safe and welcoming as possible for everyone. Read about our safer space policy here: http://www.hollowearthradio.org/safer_space

Guests on the Sunlit Room hosted by Ron Taffi 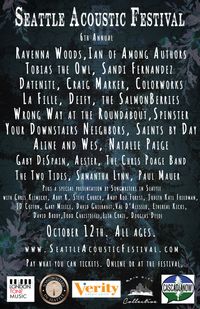 Aline Vida at Amazon Everest with Matt Williams on guitar

Women in Country tribute to EmmyLou Harris and Gillian Welsh

This show features some of Seattle’s most talented singer/songwriters and community supporters.

Women in Country - Tribute to Emmylou Harris and Gillian Welsh

This show features some of Seattle’s most talented singer/songwriters and community supporters. 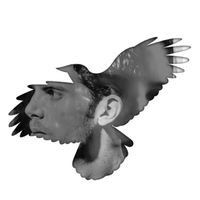 This is a duo performance. Aline and Wes is a new group.

“Houdini was the code name for Prime Now, which launched in December 2014, and—almost like magic—delivered customer orders in two hours or less. The building “Houdini” houses three eateries operated by the Seattle nonprofit organization FareStart, which helps people escape poverty by teaching them skills they need to succeed in the food service industry and in life. Incorporating two historic buildings in its design, "Houdini" features the original rooflines and ornamentation of the 1927 Troy Laundry Building and the 1938 Boren Investment Building, both of which have been declared Seattle landmarks.”